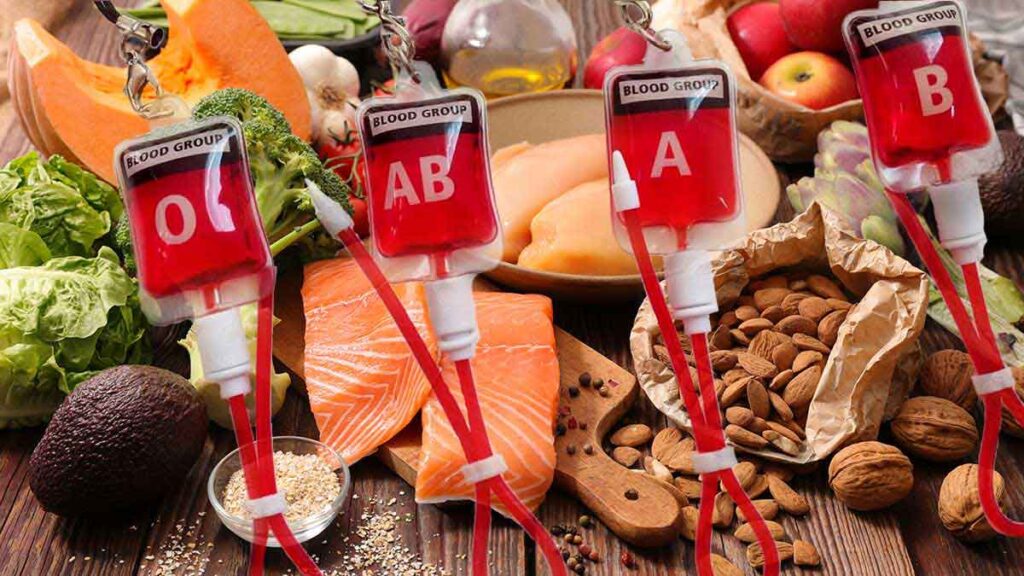 In some circles, the opinion is quite widespread that if food is tailored to different biochemical features of a person’s blood group, better digestion, more efficient release of energy, and faster melting of excess fat will be guaranteed. Eliminating obesity improves health and reduces the risk of many diseases.

Is it really so?

Only the last sentence is probably true – that obesity is harmful. So far I haven’t really found any scientific research to back this up. I find only opposite conclusions – that there is no such connection between nutrition and blood types.

This theory arose as a result of Dr. Peter D’Adamo’s bestseller. His book was published in 1996 and has now been translated into 52 languages, with over 7 million copies sold. Today it is still extremely popular and often customers tell us that they followed a similar diet.

In fact, people follow all sorts of diets… many of which we have never heard of.

In his book, the doctor claims that each blood type carries the genetic characteristics of our ancestors, and these are accumulated as a result of the food they consumed and thanks to which they survived. With this in mind, he recommends 4 different types of nutrition depending on blood types.

(Exactly how blood types are changed by eating is not described. Most likely because it cannot happen.)

Here are the general recommendations for the different blood groups:

Type A – people with this blood type should eat mostly plant foods and avoid red meat.

Type B – people with this blood type must eat plant foods and meat (but cannot eat chicken and pork) and stop certain dairy products. They should avoid wheat, corn, lentils, tomatoes.

Type AB – people with this blood type as a combination of the above two types should consume seafood, tofu, dairy, legumes and some carbohydrate foods. They should exclude corn, certain types of legumes, beef and chicken.

Type 0 – people with this blood type should consume high protein foods such as meat, fish, turkey, some fruits and vegetables. They should limit certain grains, legumes and dairy foods.

I’m sure that everyone who has achieved certain results with their health and weight has begun to wonder what the dependence is in the recommendations for individual blood types and discover some contradictions.

Dr. D’Adamo explains how the benefits of this type of diet are supported by scientific arguments of a biological, physiological, immunological and epidemiological nature. Lots of science and no empirical results. The science is basically just his personal opinion – he doesn’t cite any sources to back it up. More or less something like this text I’m writing right now, except for the fact that I already have many cases and results in practice. But in them I find no connection with the blood type of the people. And one more thing – those who tried the blood type diet, that’s exactly why they come to us – the diet did not have any results. The conclusion is “obvious”. People are so different that they could not be united by blood type in any way, except by blood transfusion.

In 2013, scientists from the American Society for Nutrition conducted a large-scale review covering 1,415 publications on these diets. The conclusion of the authors in the American Journal of Clinical Nutrition is this: “At this time, there is no evidence that adherence to blood type diets can provide any health benefits.” Sounds authoritative, right?

However, I don’t know the doctor and I wouldn’t dare to say about him, as the scientists of the Norwegian Nutrition Society said at a seminar in 2001, that Dr. D’Adamo’s book was written with great “enthusiasm”.

In response, Dr. D’Adamo stated that he would fund research into the effect of blood type diets on cancer, and that scientific evidence for their healing properties was forthcoming. To this day, however, there are no such scientific publications and facts.

Another large study is being conducted – on 1455 people. All showed improvement, regardless of blood type, simply because all diets were relatively healthy compared to the participants’ previous lifestyles.

A review by Brazilian scientists looking for a link between blood types and the immune system said Dr D’Adamo’s “speculations” appeared to be “fundamentally flawed”.

Well, if they are fundamentally wrong, why are they so popular?

Well, because they touch a thin chord in the dreams of plumper people – rapid weight loss. Diets according to blood groups are part of the so-called “fad diets” (maniac diets, fad diets or let’s actually call them “fad diets”) – attracting mostly people looking for very quick results, with promises of rapid weight loss, improved health and other benefits, people who do not are interested in scientific evidence.

Another reason is in the characteristics of people of today’s most active generation – they tend to trust more various “influencers” – charming individuals with the gift of words, with an attractive appearance or both (deep knowledge in the field they are talking about is not mandatory) than to trust the specialists.

Reassuringly, none of the 4 types of diets based on blood groups are harmful to health as long as they do not disrupt dietary diversity. Positive results are even possible due to improved nutrition compared to the individual’s previous lifestyle. But nothing to do with blood type.

However, if you still decide to try it (we usually get people who have tried everything 😉), especially if you have any disease (e.g. diabetes, osteoporosis) I strongly recommend that you consult your doctor – dietary restrictions may conflict of the treatment and lead to large deficits and thus hard-to-repair damage.

Nutritionists, doctors, and scientists who read (for there are those who are “stuck” in their undergraduate or graduate textbooks) today are united around the fact that there is no evidence for the benefits promised by these diets.

The conclusion is that blood group and nutrition have no proven dependencies and we recommend eating a full and balanced diet, and in case of difficulties to do so, trust the follow-up by our trainer.