Fashion Is a Big Deal! 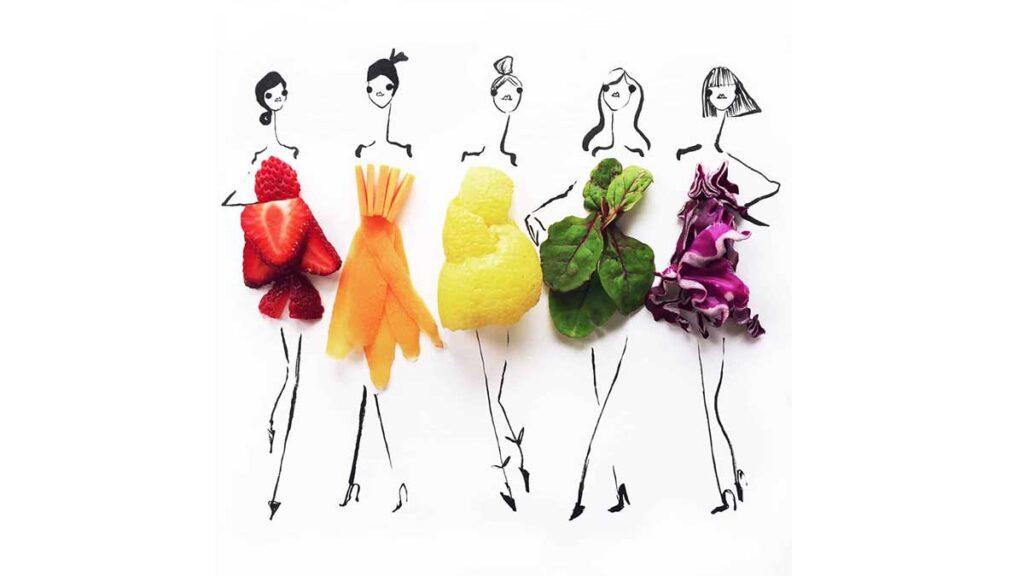 Fashion Is a Big Deal!

“Believe me, it really doesn’t have to
to try all possible diets,
before you look to us to achieve
the results you’re looking for!”
Anton Ivanov

But while following clothing fads can only make you laugh or, at worst, look like shit in some pants or a bum with ripped jeans, relying on dietary fads can also cause serious damage to your health.

I don’t believe you want that.

Once upon a time, Americans were crazy about loading up on carbs to lose weight. And as a result of the media and the total dumbing down of “average people” it went on for quite a while.

And when they looked around and saw how fat they were, they were afraid! (and it really was like that, and I was there for a long time, and I saw – if you meet a nice slender woman, she is either Bulgarian, or Latin, or another Slavic woman. At least it was like that. It is no longer certain.).

But the Internet does not leave Bulgaria alone. Wikipedia is no longer quoted anywhere, as if it is the cream of world science. Everyone follows influencers instead of trusting the really smart people. But let’s get back to our topic.

I wanted to say that fashion flooded us too.

Recently, this is expressed very often with a total refusal of carbohydrates, or the so-called “keto diet”. And what’s worse, they believe everything they write on the Internet. It shouldn’t! Don’t even believe me, no matter what I write to you – come to the club to meet real people and their results! Even citing literature or great authorities won’t do – practice is the real measure of truth, as Marxist as that may sound. Don’t believe even Ivan Vazov who claims that all Facebook quotes are made up ;-).

Proteins are the basis of life. After water, they are found in the largest quantities in our body. Half of our body mass is made up of protein.

Proteins are the main structural component of cells and enzymes. Without proteins, their functioning is impossible. Our immune system is made up mostly of proteins. Amino acids – the building blocks of proteins – are the basis of life. Let’s not forget the aikasonoids, which react significantly faster than hormones and manage including them, and they – all processes.

Well then, since protein is so important to sustaining life – and since excess carbs make us fat – why not eat lots of protein and very little carbs? Won’t this help us get rid of excess fat?

Now the most fashionable motto is: “Eat as much protein as you want, but be sure to drastically reduce the fat and completely zero out the carbohydrates.”

Almost everyone who tries actually loses weight at first. Unfortunately, he loses weight in the wrong place. I’m not referring to the brain, although the lack of carbs crushes that drastically too.

In order for this not to happen, we need a trainer who will track the results and what exactly changes and what keeps in our body and tells us what to correct.

High-protein diets for rapid weight loss induce an abnormal metabolic state known as “ketosis”. This is achieved when the liver’s carbohydrate stores are insufficient to meet the needs of the body and brain (Even when full, liver stores contain small amounts After depleting these stores, which occurs less than twenty-four hours after starting such a low-carbohydrate diet, the body turns to its fat stores for its energy needs.

Unfortunately, we often don’t get exactly what we expect. The process of converting fat into energy fails on a low-carb, ketogenic diet. As a result, our cells begin to produce abnormal biochemicals called “ketone bodies”.

The body does not need them. And makes a desperate attempt to get rid of the ketones through frequent urination. This in turn causes weight loss at first, but this “weight loss” is largely due to water loss. People today don’t drink enough water anyway, and all processes in our body take place in a water environment. Imagine what thirst and stress occurs for the body!

But a person first reaches NOT for the glass of water, but for food and the refrigerator.

It just so happens that a high-protein diet ends up not dealing with most of our excess fat, and often has the opposite effect. And this is seen when measuring body structure.

On these high protein diets, we don’t lose weight where we should. And that’s not the worst yet. If you consume too much protein at a given meal, your insulin level will start to rise because the body does not need the excess amino acids in the blood. And what will the larger amount of insulin do? It will help convert excess protein into fat. Even without the presence of carbohydrates.

Recent research shows that protein-rich ketogenic diets can induce such changes in fat cells that they become ten times more active in storing fat than they were before they were started. So, after stopping the diet, you continue to gain fat at an alarming rate. Was that our goal?

Not to mention insulin. Our body is not stupid. When he has to cope with a high-protein, low-carbohydrate diet, he says to himself: “Well, I’m not from yesterday? My brain needs carbs to function, I’m going to start breaking down muscle mass and turn a lot of its protein into carbs.

You’re probably thinking, “So what, I can afford to lose some muscle mass before it’s my turn to start losing fat.”

But remember – due to the increased level of insulin, your fat does not melt at the expected and desired rate, and even eventually a position is reached, after which you will not lose weight anymore – you will be stuck on a plateau from which it is difficult to get off…

Now that you know all of this, you can see why more than 95% of people who once lost weight on a low-carb, ketogenic diet gain it back and even gain weight.

Why? Has everyone who has ever tried a fast weight loss program been listless and flabby? No, it isn’t.

It’s just that such diets have caused permanent changes in the fat cells – changes that guarantee the increased accumulation of body fat in the future.

Our goal for each meal should be: 30% proteins, 40% carbohydrates, 30% fats (but mostly unsaturated and Omega-3 with maximum limitation of saturated fats), good hydration, intake of all necessary vitamins and micronutrients for the body, at least 6-7 hours of sleep and effective rest, physical activity and all this to become a permanent way of life.

But you can simplify it – contact our coach, he will calculate how much protein, fat and carbohydrates you need daily (for which it would be best to measure you or send him certain data) and will prepare a basic personal diet for you. In the regimen, you will necessarily include Herbalife products – this will simplify things a lot – you will not need to go around the shops and collect the necessary products, with dubious success at the same time – for the last several dozen years, the content of the substances expected in the usual products has drastically decreased . It will track your progress and adjust the base mode in the right direction.

If we’ve made it, so can you! Find us today and now! We’ve helped hundreds of people, we’ll help you too.

p.s. Reading texts and watching videos on the Internet does not change anything in the structure of your body. ACTION is needed!